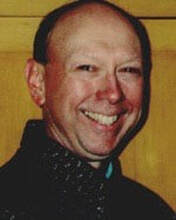 Conwell Worthington, II,  Producer
Currently producing, The Love Boats on Stage, Pre-Broadway in development The Beach Boys Musical, in development, Blood Rock (a new rock musical previewing in 2020 , In A Booth At Chasen's (preview at the Kennedy Center) , Exit Laughing, Dusty (based on the life of Dusty Springfield), HAIR 50th Anniversary LA and Tour, Dallas Cowboys Cheerleaders Musical, I Only Have Eyes for You, and several other shows in development for touring. One of the original producing team of Dirty Dancing, Australia and tour, Caesars Magical Empire a 70 million dollar interactive show that ran for over 7 years and  Pip’s Island a multi-million-dollar interactive production.

Worthington was Head of Show Development for The Walt Disney Company until 1992 when he moved to Producer of Disney Attractions and served as a Producer of Walt Disney's international  stage shows of Beauty and the Beast. Selected next,  as one of only 3 Producers to start the Theatrical Division,  he helped develop many half time shows and over 350 major events, while also working on the creative teams of Fantasmic, Dick Tracey, Beauty and the Beast, Aida, The Lion King and Little Mermaid.

Mr. Worthington has set new levels of royalty payments and guarantees around the world, such as (Beauty and The Beast) which resulted in over 100 million dollars of guarantee’s in royalties to Walt Disney Company. His streamline approach to remounting the original 23 million dollar Broadway production made  it affordable for local presenters.

He recently worked on the development of the New Amsterdam Theatre 42nd Street and El Capitan Hollywood, operating and producing for the Paramount Theatre's development of a 200-million-dollar entertainment district, and remodeled operations and creative for the Encore Theatre, a new theatre in California.  He routinely consults with numerous theatres throughout the world.. 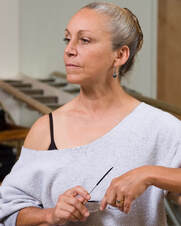 Cindy Lu Mancini,  Director
Born and raised in Scotch Plains, NJ, Mancini began her professional career  traveling as a dancer right out of high school, but eventually returned home and joined the New Jersey Ballet Company where she danced for several years and developed a new love for performing theatrical jazz. Musical theatre was something Mancini always aspired to and once she departed from classical ballet, she was cast in both American and European Tours of West Side Story. Mancini moved to North Carolina in 1990 with husband, Joseph Carow and she established Dancespace, a performing arts conservatory. Her present company, Signature, was the next logical step into producing original work on stage and it began with a professional company of performers she trained herself from an early age. Signature has consistently expanded its roots over the years and An Extra Penny is the latest example of Mancini’s passion for exploring new and uncharted avenues of theatrical storytelling. It is, by far, her most exciting and ambitious project to date. 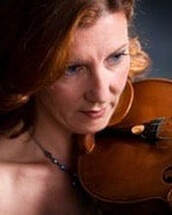 Mary Lee Taylor Kinosian, Composer
Mary Lee Taylor Kinosian, a native of Columbia, SC, began studying music at age five and joined the Columbia Philharmonic Orchestra (later the S.C. Philharmonic) at age fourteen. She enjoyed a successful career in San Jose, Calif. (with the San Jose Symphony, Midsummer Mozart Festival and as soloist and concertmaster with the Redwood Symphony) and Nashville, Tenn. (as principal second violin with The Nashville Symphony Orchestra and the Nashville String Machine) before returning to Columbia in 1996. Since then, she has played numerous engagements, ranging from musical theatre to her well-received performance of Kurt Weill's Violin Concerto. Her work with the Upton Trio, as both composer and violinist has been featured on NPR's Theme and Variations. She is the Concertmaster of the SC Philharmonic, but appears with the Sterling Chamber Players, and serves as assistant concertmaster of the Greenville Symphony. 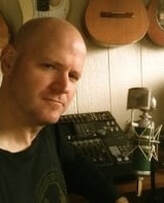 Bruce Landon Yauger,  Sound Designer
Bruce Landon Yauger is principal of Falconmusik, LLC, a multimedia production company. Credits include the international tour of Blithe Spirit with Angela Lansbury and Trip of Love at Stage 42. Broadway tour sound design credits include Jesus Christ Superstar (with Ted Neeley and Carl Anderson), A Chorus Line, West Side Story, Fiddler on the Roof and dozens of others, as well as Spiderman Live!, a precursor to the Broadway show, for which he also served as principal composer. Bruce has several albums out under the alias of Bruce Landon and performs regionally as a solo artist or with the band Sama Papa. 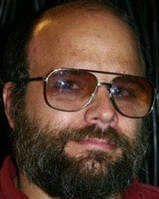 Ken White,  Lighting Designer
Ken is the Interim Associate Dean of the College of Visual and Performing Arts at The University of North Carolina at Greensboro where he has taught Lighting Design, Stage Management, and Computer Aided Drafting. Prior to joining the faculty at UNCG, he was a tenured professor at both Louisiana State University and East Carolina University. In 2012 he was the Lighting Designer and Sound/Video Engineer for the worldwide premier of Dante at the Edinburgh Fringe Festival in Scotland. He is a member of United Scenic Artists Local 829, and his designs have been seen in theatres across the southeast including The Arkansas Repertory Theatre, Arrowrock Lyceum Theatre, The Arkansas Shakespeare Theatre, Birmingham Summerfest, Cumberland County Playhouse, The Dogwood Dell Amphitheater, Tallahassee Little Theatre and Cape Fear Regional Theatre. Audiences worldwide have seen his work as the lighting designer for the Regional's Competition in the movie Pitch Perfect, where (if you are quick) he can also be seen as the lighting operator. 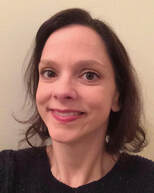 Rita Styron,  Production Manager
Rita Styron began her theatrical journey by performing in musicals as a young girl, but when an opportunity to work as a Stage Manager with a visiting New York Director for the production of “Black Elk Speaks” was presented to her, she was hooked.  From that day forward, Rita has continued to work as a Stage Manager for various Theaters,  Acting Companies and Universities in North Carolina. She received a BS degree in Business Administration from UNC Pembroke and has over 15 years of experience working in the financial industry as a Project Assistant. 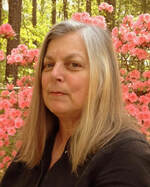 Sharon Pait,  General Manager
Sharon Pait received a BS Degree in Geology from NCSU, and an MS Degree in Civil Engineering from Oklahoma State University.  She worked in Texas and Oklahoma as a professional Civil Engineer  (now retired) with the City of Amarillo, and the City of Oklahoma City overseeing construction projects, budgets, and contracts, as well as working with independent oil companies as a Geotech evaluating oil and gas well information.

Frank Albano,  Graphic Designer
A New Jersey native, Frank studied at Mason Gross School of the Arts at Rutgers University. Currently teaching graphic design and photography at a high school in Central New Jersey, he formerly worked in New York City as an advertising art director for many years before becoming an educator. While a teacher, he still works on a wide range of design projects, from theater to advertising, packaging and more recently as the creative director on two mobile app startups. When the design projects are quiet, Frank paints and writes as well.

Elizabeth Casteneda,  Photographer
Elizabeth Castaneda was born and raised in Franklin County, NC and when she's not documenting theatre, her favorite approach to photography is through the eye of a traditional family lifestyle. She also enjoys capturing the beauty she sees in agricultural landscapes, and her work has been featured in business calendars and magazines.  Castaneda truly believes one image is worth 1,000 words and says her passion is bringing a story to life  "one frame at a time."