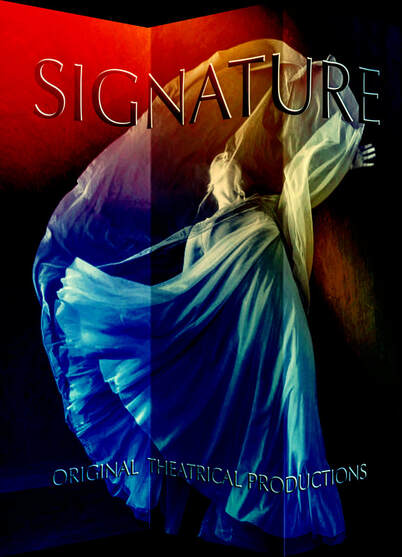 CURRENT PROJECT
"​An inspirational evening of family entertainment that is sure ​to stand the test of time."
AN EXTRA PENNY
Developmental Timeline
2016
Executive Producer, Conwell Worthington, II took notice of An Extra Penny, and has been driving the show forward ever since. Worthington is one of America’s major independent theatrical producers and is responsible for many of the Walt Disney stage productions that toured around the world and back again to New York’s Broadway.

Says Worthington, ”Musicals with passion, compelling story and moving music are a rarity today. I've done hundreds of projects in my career and I truly believe An Extra Penny has the legs to move forward.”

2017
Louisburg College became the first major benefactor to sponsor An Extra Penny by providing a solid year of in-house residency at the Norris Theatre to develop and rehearse,  then offering The Seby B. Jones Performing Arts Center​ for nine public performances. Mounting a full production on stage for the first time was an extraordinary accomplishment, and it took a village of over 110 people, mostly volunteers, to make it happen, along with a sizable grant from the Franklin County NC Board of Tourism.
​
“It’s quite rare for an original script to make it to the stage, even once." says Worthington. "Most will never be produced because it takes monumental tenacity to bring a script to life. Giving birth to an original show needs extensive financial support…   and the first money is always the most difficult to find because it takes brave souls to invest in new ideas.”

2018
The Turnage Theatre in Washington, NC becomes the second venue to believe in the future of An Extra Penny, and in conjunction with Pamlico Arts, graciously sponsored a weeklong workshop to move the show forward.

Says Mancini, “The first production allowed me to see where we needed to make changes…  but a series of productions is the only way to insure true progress. The workshop at The Turnage Theatre gifted a necessary opportunity to explore new ideas and create the next script for presentation and review to the public.”

2019
The Edna Boykin Cultural Center was the third supporting venue to champion An Extra Penny and married the event with their "The 100th Anniversary Celebration" ​sponsored by Wilson Arts. These performances provided information that would propel the storyline to new heights by clearly identifying which ideas worked and which ones didn't. This run was the catalyst needed to forge ahead.

"It's a risk and it takes courage for an arts organization to present an original show," says Mancini, "especially when the show is not fully developed. Wilson Arts, along with those before, gambled on An Extra Penny and I will be forever grateful to all of them for supporting the efforts of emerging artists that need the time and non judgmental interim support to nurture the seed of an idea into a mature and exciting full bodied work."

2020
Covid-19 proved to be the next major sponsor, and although the difficult months brought challenges, Signature mustered every ounce of perseverance and creativity it possessed to keep momentum going. Thanks to countless dedicated actors reading scenes and singing new lyrics on ZOOM... over and over again...  An Extra Penny survived, stronger than ever. Substantive character development was achieved and it changed the course of the show.

2022
The Kennedy Family Theatre at Barton College​
​The performances at Barton College presented a surprising reinvention of An Extra Penny that circled back to the original vision, but with a more focused story.
​It's an exciting time for Signature!​
​SIGNATURE is a non-profit 501 c(3) corporation located in Eastern NC that collaborates with accomplished artists and venues to break new ground. We develop and produce original theatrical material that enriches lives, then pay it forward by providing professional level performance and intern opportunities.

Signature depends on public generosity to help fund our mission through monetary donations and
​in-kind ​services, ​such as use of equipment, facilities, and professional expertise.
​​There is no paid permanent staff and all revenue goes directly to operations.
SIGNATURE is always looking to widen its portfolio of performing artists and theaters.
For more information:
info@signatureinc.org
​
​252.9161439